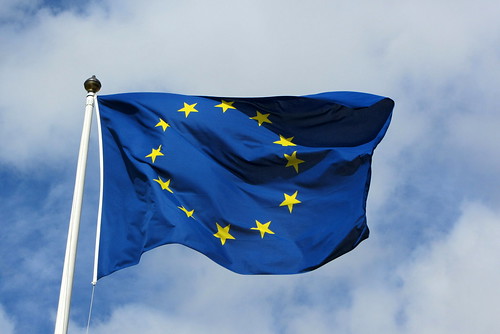 The European integration has been one of the most decisive developments since World War II and start of the Cold War. With the continent destroyed and divided, Western European leaders were tasked with avoiding further military conflicts and providing a solid platform for dialogue between nation-states. The achievements turned out to be so remarkable that, since the democratic transition of 1989-1991 in Central and Eastern Europe, the European Communities / the European Union have emerged as a major player on the global scene. This tendency peaked in 2004 when 10 new countries became EU members.

While internally the EU attempts to strike a balance between continued enlargement and further institutional integration, recently it has been facing serious tensions caused by the Brexit, rise of the populist movements, problems with rule of law in some member states, as well as the ongoing COVID-19 pandemic. Furthermore, discussions around cohesive climate policy raise many doubts as they are believed to be not enough by some and unnecessary by others.

Externally, the European Union has become a key player in Eastern Europe and Eurasia. It is an area where historically strong geostrategic interests of Russia and its rivalry with the West has been complemented with growing presence of China. Although it is difficult for the highly bureaucratised EU to deal with oligarchic and authoritarian regimes capable of quick unilateral actions, it has managed to come up with a few soft power instruments, such as the Eastern Partnership.

What is the European Union? How did it come to life? What are the mechanisms and actors behind its main policies? How does it relate to the concept of the nation-state? How do European institutions navigate through challenges and crises? How does it deal with challenges abroad? This course seeks to address these questions.

The course traces the development of European integration from its post-war origins to the present day. It shows the decisive impact of the two world wars and the Cold War on the mindset of West European statesmen and the appeal the European Union has created since the 1989 democratic transition in Central and Eastern Europe. It seeks to understand how nation-states agreed to embark on an ambitious track of creating an increasingly powerful intergovernmental body that would evolve into world's most complex international organisation with growing ambitions.

The course examines EU's structures and major actors shaping its everyday agenda, as well as its greatest challenges such as the post-Brexit relations, growing populist movements, the migratory crisis, climate change and authoritarian regimes on its borders. It will apply a variety of methods and tools, including case studies, guest lectures with experts and simulation games related to events from the past, as well as those unfolding during the semester.

The course consists of following modules:

I: Introduction, history and methodology

III: EU institutions and policies (with a particular focus on enlargement and the foreign vector)

V: Current issues and struggles within the EU, in foreign and security (this element will also be integrated earlier on according to course of events in EU's eastern neighbourhood), as well as climate policies

We will mainly read from three edited volumes on the EU. These books should be picked up during the arrivals workshop.

Supplemental articles and other  materials might be added during the course to reflect current issues and events. Please bear in mind that due to the ongoing COVID-19 pandemic we might expect some changes related to guest speakers.

Expectations of the Students

The course consists of a series of lectures, guest lectures, a field study, study tours and manual simulation games. Attendance is mandatory. The readings provide the basis for class work, student presentations and discussion in each lecture and you may be called upon randomly. All obligatory readings, lectures, guest lectures, field studies, study tours and manual simulation games are drawn upon for tests and papers. Additional material will be distributed during the course.

The course includes manual simulation games, in which students “representing” decision makers (EU founding fathers and/or member states, key EU institutions and other actors in international politics) will negotiate issues following outlays as well as abstractions of the negotiation format of the EU Council, European Council and high level summits.

Purpose: To get in-depth knowledge of issues currently topping the EU agenda and experience how negotiations take place during the EU Council meetings or the European Council summits.

Core Course week and study tours are an integral part of the core course as we take the classroom on the road and see how theory presented in the classroom is translated into practice in the field. You will travel with your classmates and DIS faculty/staff on two study tours: Short Study Tour during Core Course Week to southern Denmark and a Long Study Tour to Brussels, Belgium.

Material covered so far in the course

You can choose your topic within the field of European Politics: The European Union and discuss it with me in or after class.

There will be an essay writing workshop where you will receive feedback on your research ideas. If you have additional questions you are always welcome to schedule an individual meeting with me.